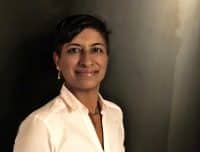 Nanna Klingsholm has a Masters in Law from Copenhagen University, graduating in 1998. She has worked within the field of law for more than 15 years, working primarily with a variety of artists’ associations and unions.

She started her career with The Danish Actors Association as Chief Legal Officer, followed by a short period working for a network negotiating for different groups of employees, ranging from police officers and teachers to employees in the defense forces, such as the musicians. Nanna then moved on to the Danish Musicians Union, working again as Chief Legal Officer.

Throughout her career, Nanna’s primary focus has been on labor law, as well as copyright disputes – such as the negotiation of broadcast agreements for both musicians and other artists. Today, Nanna is the Director of the Danish Musicians’ Union, and continues to be involved in the negotiations of the collective agreements. Nanna is married and has three children.