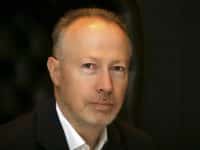 Benoît Machuel has been general secretary, International Federation of Musicians (FIM) since September 2002. Before that, he developed a career as a professional musician for 20 years, both as a cellist and a gambist in various French symphonic orchestras and musical ensembles, touring and recording in France and abroad. Machuel has also worked as an artistic director for French CD labels dedicated to classical and contemporary music.

Between 1995 and 2002, he was a national representative of the French musicians union (Union Nationale des Syndicats d’Artistes Musiciens, SNAM). He holds two master’s degrees, in computer sciences and in business administration.