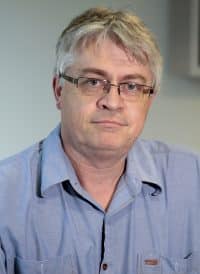 Simon was appointed as a viola player in the Melbourne Symphony Orchestra in 1981 and retired from the orchestra in 2015 after 35 years service.

He has been a union activist throughout his professional life. He was a leading protagonist in the formation of the Symphony Orchestra Musicians Association (SOMA) in Australia. As the first National President of SOMA, he was instrumental in the negotiation to bring SOMA into the Media Entertainment and Arts Alliance (MEAA) in 1997.

MEAA is the national union covering the media industries including journalists, actors, dancers, musicians, and theatre and film technicians. Simon has been a member of the MEAA Management Committee (now the Board) along with all other Federal bodies of the Union for over twenty years.

He was elected as the Federal President of MEAA in 2015.