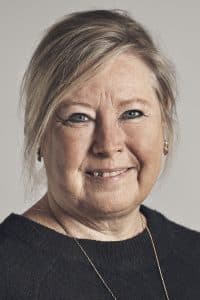 Mette Ellebye-Larsen has worked in the Danish music industry for decades and knows ‘both sides of the table’.

She started as Assistant Controller at CBS Records, then joined the team behind singer/songwriter Anne Linnet’s successful record company Pladecompaniet – as head of administration and PA to Anne Linnet – and, when Sony bought Pladecompaniet, became Business Affairs Director at Sony, where she negotiated contracts of all sorts and was responsible for Sony’s recording budgets for the next 13 years.

Then, in 2005, she accepted an offer from the Danish Musicians’ Union (DMF) to set up Gateway Music as a service to/conduit for artists who want to “self-publish”/be in control of their recordings. She is still CEO of Gateway Music.